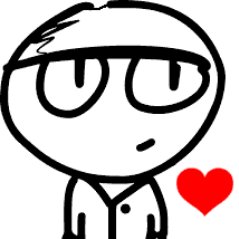 You may not have noticed, but a huge global movement is well on its way to creating the next generation of the internet. This massive technological sea change is largely being driven by a key innovation in database technology called the blockchain, and many forecasters are predicting that it could cause as much social transformation as the introduction of the world-wide web twenty-six years ago.

What is a blockchain? In short, it is a disintermediating technology. In other words, it removes the need for middlemen and trusted third-parties. When combined with other technologies, blockchains have the potential to disintermediate many areas of life, from banking to information storage to voting to the making and sharing of goods and services.

Is a type of program in which citizens (or permanent residents) of a country, or any other region, may receive a regular sum of money from a source such as the government. A pure or unconditional basic income has no means test, but unlike Social Security it is distributed automatically to all citizens without a requirement to notify changes in the citizen's financial status. Basic income can be implemented nationally, regionally or locally.

An unconditional income that is sufficient to meet a person's basic needs (at or above the poverty line), is called full basic income, while if it is less than that amount, it is called partial. A related welfare system is negative income tax, in which the government stipend is gradually reduced with higher labor income. Some welfare systems are related to basic income but have certain conditions. As these are not universal, they are more often referred to as guaranteed minimum income systems.

Why do we need UBI?

A promise of equal opportunity. “Basic income” would be an amount sufficient to secure basic needs as a permanent earnings floor no one could fall beneath, and would replace many of today’s temporary benefits, which are given only in case of emergency, and/or only to those who successfully pass the applied qualification tests. UBI would be a promise of equal opportunity, not equal outcome, a new starting line set above the poverty line.

Universal Basic Income would transform society in many positive ways and evidence shows this. Trials have led to all kinds of benefits—some expected, some surprising. Here are just a few of them:

It’s amazing what a steady source of money can do to transform people’s lives. We can experience it here in America if we adopt Universal Basic Income and make it real; we are the wealthiest and most technologically advanced society in human history. It’s time to invest in our people.

Imagine your life and that of everyone you know with an extra $1,000 per month – how would you spend it? How would things change?

UBI, Technology, and the Blockchain

Although it’s not a new concept, interest in universal basic income is on the rise as rapid technological changes upend the workforce. Millions of American jobs could be lost or reconfigured through automation. Even if some new positions are created in response to new technologies, the impact of automation, robotics, and artificial intelligence will be radical, particularly for lower-skilled or under-educated workers.

But there are also plenty of questions to be asked about UBI. Where will the funds come from? How will they be distributed, and how can people be prevented from gaming the system if the only qualification required for receiving money is being a human? Some people think the answers to those and other questions about UBI lie on the blockchain.

“But what if the UBI was delivered not in dollars or euros, but in a cryptocurrency running on a blockchain? What if this UBI cryptocurrency changed the way money works by being created directly in the hands of the people, so the financial system is built from the ground up, rather than controlled top-down by banks and governments? It might sound utopian, but it’s really just an idea that exists not too much further along from today’s existing trends.”

“It is impossible to overstate the positive impact of $1k a month on households around the country. It would take people from a constant mindset of scarcity to a mindset of assured survival and possibility. It would transform our society in myriad positive ways by taking the boot off of people’s throats,” wrote  Andrew Yang (the 43 year old man who wants to pay $1000 a month if voted as president of America) on Reddit in March.

The mission of GiveDirect is to build the best incentivized blockchain UBI system to incentivize direct giving or donations to beneficiaries in the bid to end extreme poverty in the Northern Part of Ghana.

It is sad to note that most in the hidden and hinder lands of the African continent citizens daily livelihood does not exceed $0.50, this in a way shoots down SDG goals for 2030, “Goal 1 which calls for an end to poverty in all its manifestations by 2030”.

Givedirect sets to use the blockchain to end poverty if not in its native country Ghana, then the whole wide world.

On the Project the Vice President of Ghana H.E. Dr. Bawumia said; “Government alone cannot fight poverty, it takes selfless people like you and your team to fight it and fight it efficiently and I am proud of you that as young as u are, you are showing love and care to people leaving as low as 0.50 cent a day. Ghana is proud of you and your team.

He went on to say: Statistics from the Ghana statistical service report shows that 24% of Ghanaians are poor living below 1 USD a day and about 18% considered extremely poor living below 0.50 cent, saying that there’s still more to be done and that our team should continue with our good work and when possible we should try to collaborate with other nonprofits (charity organizations) in the country so together we can fight this poverty as it means that about quarter of Ghanaians are poor…

He thereby endorsed the project and asked that the team call on him any day and time to get his support.

Givedirect is employing sustainable solutions to merge all escrow accounts which will aid in super transparency and also to help keep track of data and donations received by the beneficiaries. In this quest the Stellar Blockchain has been employed to deliver the perfect solution to GiveDirect team.

The stellar blockchain provides a text memo field to every user or transactions done on this blockchain, and it is used to record details of when transactions are sent and when the beneficiaries received distributed. This also makes it easy for the team to approve transactions as everything will be coming from the Basic Income (BI) Escrow Paywall. This Stellar account can always be seen on chain here. You’ll notice the merged account work has been complete and 100% of the funds are still controlled by the Core Team.

Because we have moved to a single escrow paywall for Ghana donations we were able to create a more user friendly “tabbed” experience for providing donation addresses for the 5 coins we accept. The interface for each coin now displays the minimum deposit amount (controlled by the anchor, not us) and an easy way to either scan the QR code or securely copy the deposit information into your wallet for direct giving. Unfortunately, because of credit card restrictions we are unable to accept this type of US Dollar donations at this time. Know that we are monitoring the situation, so we can accept donations from those who don’t have coins already, in the future. Stay tuned, the world is changing!

If you want to go directly to our donation address page, just type “go.givedirect.io” into any browser and we’ll do the rest. Once you get there it’s a good idea to bookmark it for future use, put this link on your desktop or however you go to your favorite sites. Of course you can always type in “givedirect.io” to see our latest videos posts, blog posts like this and then click the “Give” menu item and you’ll have quick easy access to the donation addresses for each coin type. No matter how you do it, know that we appreciate your donations and you truly are making a difference in ending global extreme poverty.

This clearly shows that Blockchain technology is set and ready to help make the future better, give direct provides direct win-win situation to ending poverty. The fight is only fought when everyone provides a solution. The birth of blockchain the birth of GiveDirect is a step closer to ending poverty in if not the Northern Part of Ghana, Africa and the world at large.

dael
posted on 09 Jan, 2019
dael4@columbus.rr.com
Thank you for laying this out. It takes a village... ;)
Jani
posted on 07 Jan, 2019
janimcgaw@inbox.com
Hello there, I found your blog by the use of Google whilst looking for a related matter, your site
Please login to leave a comment. Click here to Login. 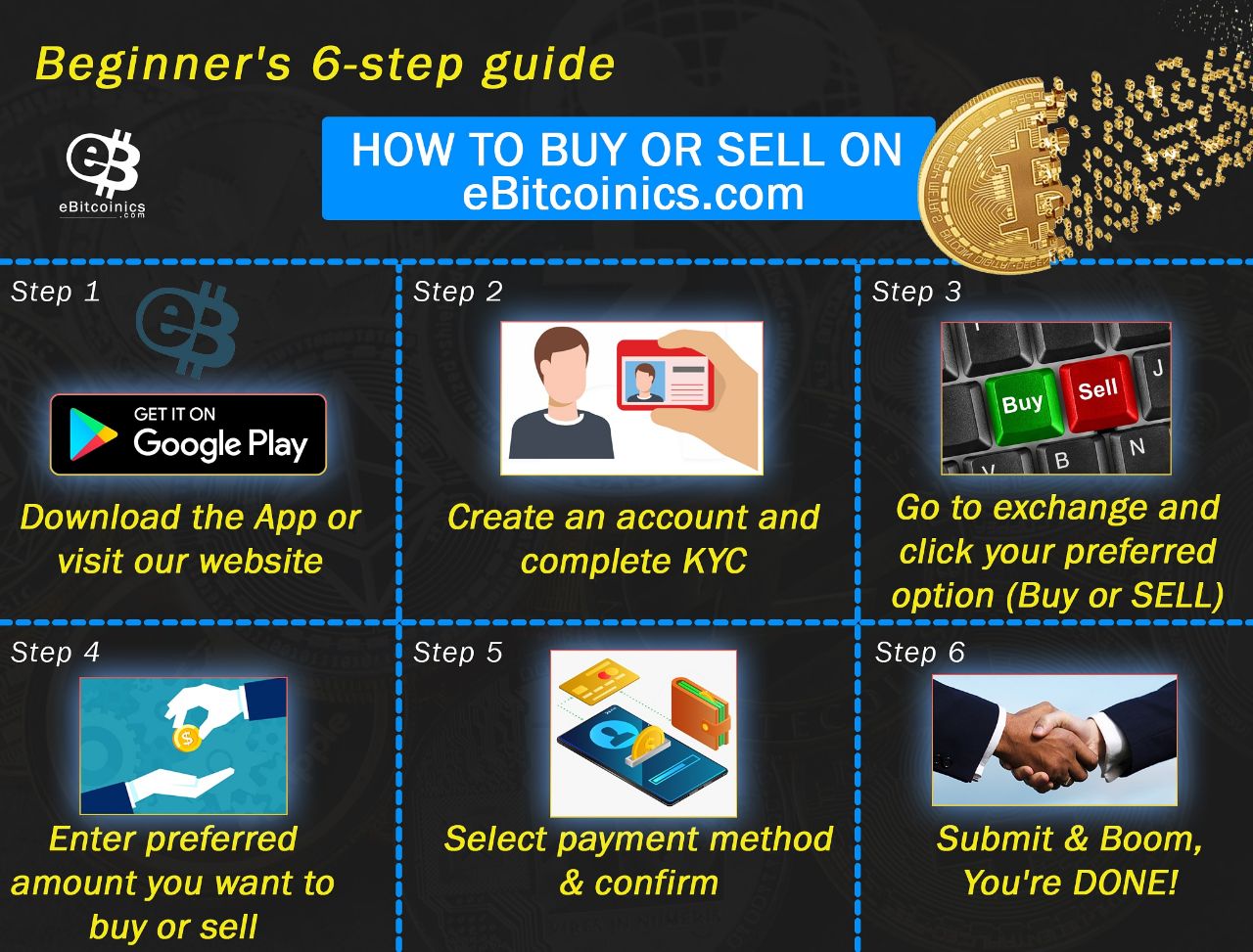